Action Fraud and the City of London Police have today launched a 13-day campaign to identify common myths around fraud and cyber crime. They said one example was the belief that users of dating websites are vetted before they are allowed to have a membership, when this is “very rarely” the case.

A City of London Police spokeswoman said: “The reality is that most dating websites allow people to sign-up to the website without vetting checks, which means that fraudsters are able to use the website to target people online and defraud them.

“Dating fraudsters are often particularly convincing and if the person also thinks that they have already been vetted by the dating website, it makes it even easier for the fraudster to manipulate their victim.” A number of cases have highlighted the risk of dating fraud.

Last year four men were jailed in connection with a dating website scam which targeted single women looking for love online and saw victims hand over a total of £220,000.

Earlier this month a Bentley-driving lonely hearts fraudster was jailed for eight years for conning five women, including an elderly widow, out of almost £200,000.

Car salesman Matthew Samuels, 50, of Worcester, was said by a judge to have caused “incalculable” damage to a bereaved victim who handed him money from an inheritance. He was also convicted of duping the mother of a woman he met online with a bogus promise of a Wimbledon debenture. 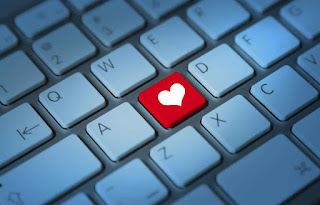