Who WILL marry Prince Harry?

In a list of the world’s most eligible bachelors, Prince Harry would certainly be somewhere near the top.

So when the fair-haired royal, now fifth in line to the throne, spoke yesterday about his desire to share his life with someone, a million or more ears pricked up around the globe.
While on an official tour of Australia and New Zealand, following a month-long army deployment there down under, Harry hinted that he might be ready to bid farewell to life as a single man, saying he would ‘love to settle down… and have kids’. Well Harry look no further, we might just have your princess on our books. We are opposite the Castle in Windsor and just round the corner from Buckingham Palace, so give us a call and pop in to view potential Princesses on our books. 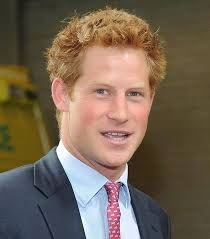